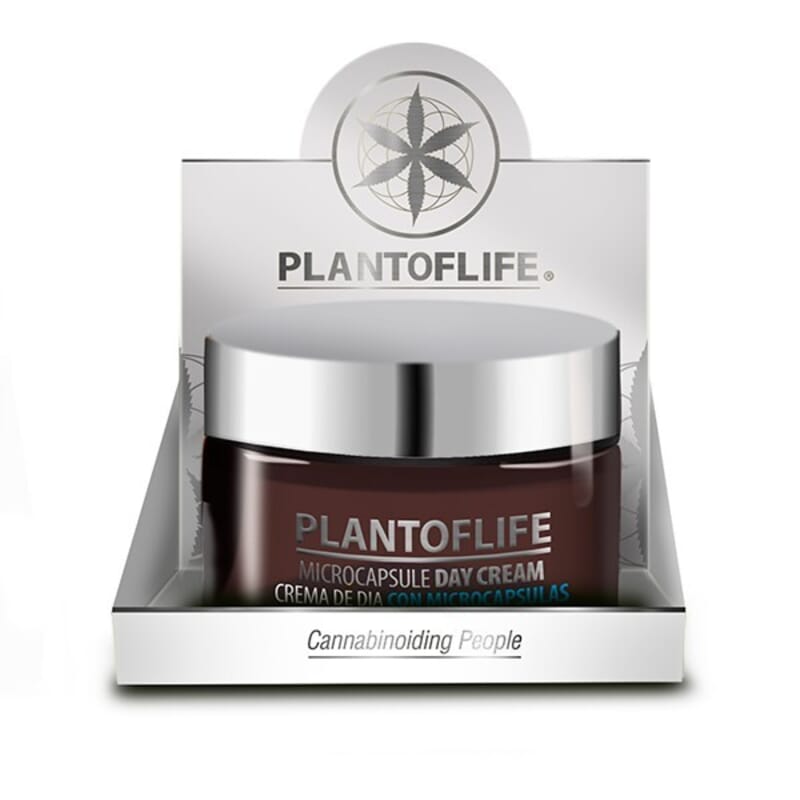 Microcapsule moisturizes and regenerates your skin, giving it a soft, fresh and revitalized aspect.

Once the payment is made, the shipment will be made from 48 hours to 72 hours.

You will have a period of 3 days for the acceptance of the order.

Cannabigerol (CBG): One of more than 120 identified cannabinoid compounds found in the genus Cannabis. Cannabigerol is the decarboxylated form of cannabigerolic acid, the parent molecule from which other cannabinoids are synthesised. Cannabigerol is a minor component of cannabis and is found only in small amounts in a mature plant. -Cannabidiol (CBD): A phytocannabinoid discovered in 1940. It is one of 113 cannabinoids identified in cannabis plants, and accounts for up to 40% of the plant extract. As of 2019, clinical research on CBD included studies related to anxiety, cognition, movement disorders and pain.

Hyaluronic Acid: Biological polysaccharide (glycosaminoglycan) distributed in the extracellular matrix of most tissues. Thanks to its extraordinary hydrophilic properties, it provides a hydrated medium between cells and protects them against abrasion and friction.

Therefore, its anti-wrinkle, free radical scavenger and ageing retardant effect is very powerful.
It is produced by a biotechnological process of bacterial fermentation, extracted, purified, precipitated and dried in order to extend its life span in the tissue.

Hyaluronic acid has the ability to retain water at a rate equivalent to thousands of times its weight. This is why it is used to hydrate the epidermis as it reconstitutes the fibres that support the skin tissues.

It also stimulates the production of collagen, which multiplies and prolongs the rejuvenating result. Its use stands out for the filling effect it has on the areas where it is applied and on skin marks, although it is also used to reduce severe acne scars and other skin problems.

Aloe Vera Gel: An active ingredient that provides the skin with adequate hydration, elasticity and smoothness, as well as having healing and regenerating properties.

Aloe vera is widely used for skin care, mainly due to its emollient and softening properties. This action is mainly due to its content of mucilage polysaccharides. The mucilages have the characteristic of being hygroscopic, i.e. they absorb and retain water, which makes them a moisturising agent.

Aloe Vera acts by stimulating the growth of dermal cells called fibroblasts, angiogenesis and re-epithelialisation, and by reducing the inflammatory phase. The end result is an increase in collagen and glycosaminoglycan content in the new repair tissue. The aloin content gives it anti-inflammatory effects which help explain its wound, burn and ulcer healing action.